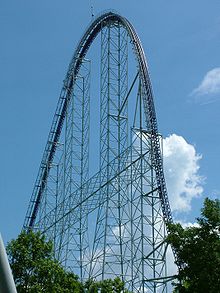 Hello, hello, hello Dear Readers! How are you all? We're in this weird troughy bit of the year when it feels too early for anything new to have started, and spring still isn't here, but all the wintery holidays are behind us and nothing's festive anymore. I've always found this time a little depressing - a bit like being in a seasonal waiting room, kicking your heels, longing for your name to be called.

So today's reader question is an appropriate one, dealing as it does with the strange troughy period between getting your work down on paper and actually being ready to call it finished, and the uneven emotions created thereby. Anonymous asked (via comments):


I remember you saying in one of your previous posts that you go through a few drafts before calling it your "first draft," but when you do your actual first draft, how do you keep your spirits up? There are some parts that I write that I really love, but other parts don't seem as good. I know you always improve what you write after your very first draft, but how do you keep your spirits up in the meantime? I love my idea and my characters and I'm not going to desert them, but every now and again I do get insecurities about whether my writing is, or will be, as good as some of favourite books. I feel like I'm on a rollercoster.

Well, Anon - you've summed up the way I always feel very nicely there. Especially the part about the rollercoster. When I'm writing the first draft (scribbling in my notebook, typing up my scribbles, revising the typing up, putting the manuscript aside to mature before I revise again) it really does feel like a rollercoster.

One moment I'll be flying high, convinced that the scene I've just written is the best thing I've ever committed to paper, knowing deep down in my heart of hearts that the story I want to tell is worthwhile and that my characters really have inner life that jumps off the page. *Cartwheels* *Starjumps*

The next day I'll re-read that scene and be plunged down into despondency. The prose is flat and clunky. None of it feels important. The characters are just 2D cut-outs. The story is - must be - fatally and inherently flawed. *Weeps* *Wails*

I used to think that when I got a bit more experience I'd get over these extreme fears and joys. I used to think that if I ever became a full-time writer I'd have the confidence to sail through smoothly with no crises and just get on with things in a sensible, even-keeled sort of way. I actually got quite cross and impatient with myself when that didn't happen. Why can't I keep it together? Why do I always react in just the same way? Why can't I be professional?

I read an article in a magazine not long ago where a writer confessed that at some point in every book she writes she will sit down at the table with her other half and have a mini-breakdown. 'I've made a horrible mistake. This book is the worst idea I've ever had. The whole thing is dire. I'll never make it work. My talent has died. My publisher will cast me into outer darkness. My agent will stop returning my calls. We won't be able to pay the mortgage and we'll end up on the streets.' And her partner nods wisely and drinks his tea and when she's finished and is staring blankly into the abyss, he asks her to pass the muffins. And they go on as before, and eventually she finishes the book and the mortgage is paid after all.

Libba Bray, international bestseller and YA superstar, confesses to much the same sort of rollercoster experience here.

Writing is not plumbing. It's not accountancy. It's not baking. Yes, just like all those things, a writer does have a toolkit (words and metaphors and tenses and semicolons) but what we don't have is any raw material except ourselves. A plumber uses his tools and expertise to get the water flowing. An accountant uses theirs to make the figures match up. A baker combines ingredients to produce the final product. Writers? Writers only have their own emotions. Our medium (contained and shaped and channeled by our words) is human feeling, and we have to literally pull that straight from our own hearts.

When you're putting your characters through Hell, there's a tiny part of you - the part of all your creations that comes from you, that allows you to understand and inhabit them and make them work - that is going through Hell too. Your empathy for them pulls all your emotions to the surface. And that means, outside of the story world, that your Real Life (TM) emotions about your writing are likely to be a bit more sensitive than the average bear's.

So the secret to keeping your spirits up, I think, is to accept the rollercoster. Give yourself permission to experience those highs and lows, to get a bit freaked out and emotional. It's going to happen anyway, and by telling yourself that it's OK and natural you take away some of the power of that rollercoster to reach outside the writer part of you into your Real Life (TM) and make you a wreck there.

Just don't ever mistake the feelings you have on that emotional rollercoster for REALITY. The dizzying feeling that you've written the greatest single kissing scene in human history? The sickening conviction that every word you've just put down is the wrong one and anyone who reads it will be violently ill? Both wrong. Wrong, wrong, wrong. When writing your first draft you are in no position to judge the quality of anything. All you can do is keep putting one word in front of the other until you reach the end.

It's OK to be on the rollercoster. It's OK. So long as you realise that it is a rollercoster, and not the actual ground beneath your feet surging and bucking and trying to throw you off. And just like a rollercoster, eventually it will come to an end. There's a little jolt and some juddering, and then you push the bars up, step out, walk away - your legs just a little wobbly - and look back at it without any of that visceral fear, and say 'Wow, that thing's really high, huh?'

I hope this is helpful, Anon! Any more questions? Pop them in the comments, or email me :)
Posted by Zoë Marriott at 00:20

Email ThisBlogThis!Share to TwitterShare to FacebookShare to Pinterest
Labels: Inspiration, life the universe and everything, Tips for Young Writers, Writing

Oh thank god! I thought it was just me. I am looking at my MS and now I keep seeing flaws which makes me want to rip it up, through it in the bin and go back to teaching!

Viv: I normally threaten to go and herd yaks in the Himalayas. *Sigh*

I'm with Vivienne! Really struggling with a re-draft and am wondering why I've wasted so much time on this story, so thanks for this post! Just have to carry on....

Jane: Yep. Keep going and eventually the blooming thing will roll to a stop. We hope.

Oh this post is brilliant! I'm bookmarking it and probably printing it out too!

Thanks for posting this, Zoe! I always used to think the rollercoaster-feeling I got when I wrote something would lessen as I got better/more experienced, but if anything, these days, it's worse.

One thing experience *has* taught me, however, is that it's possible to keep going through the dips until I find the highs again, whereas before I might have given up on something. And I guess if it was easy, it wouldn't feel so satisfying when it *does* work, right? (Right??)

Emma: Exactly - if it was easy, everyone would be doing it, right? Sometimes (as I think I was saying to someone else here recently) the only way out is through.

Great analogy, this sums up exactly how I often feel when writing. I'm glad I'm not the only one, sometimes I think I'm going crazy! And the bit about our medium being feelings which we have to pull from our hearts is so true and profound, I love it :)

Thanks for the advice, Zoe. I think you were right when you said I just have to tell myself that it IS natural to feel on a rollercoster and that I just have to work through it and trust in myslef.
I'm glad that I'm not alone in feeling this way. I was surprised that even after all your books, you still feel the same, but in a way it is reassuring, because if you can write all those great books after feeling what I'm feeling, then there is a chance the same thing might happen to me.
I'm going to bookmark this page so I can read it again and again. Thanks again for the advice, it really has helped :)

Amy: No, the craziness is built in! You're not alone.

Amy: No, the craziness is built in! You're not alone.

I simply LOVE your metaphors! And all of this is so true! Lauren Oliver once said that the most important personality trait that a writer can have is empathy, which I really agree with. I think that's also why some writers cry when they write, or are affected in a really emotional way -- you are imagining the emotions that a character is feeling, and to do that you have to more or less experience them for yourself. How could it *not* be a roller coaster ride?!

Isabel: Lauren Oliver is 100% right! No amount of wordsmithery can make a book worthwhile without it: the most brilliant story in the world will be empty. Phillip Pullman, who I admire tremendously in other ways, says that writers are arrogant to try to claim things like writer's block, and asks why plumbers don't get to claim plumber's block - but it's for this very reason! You can't fix empathy with a pipe wrench.

It's nice to know I'm not the only one! Maybe this is why I never finish my stories, because I don't really have faith. But looking back at them, some of them WERE quite horrible xD

Megha: Well, yes - we all write something that really is cr*ppy once in a while. The problem is you can never know cr*ppy from cool until way later, which is why it's a good idea to stick with things!