Happy Friday, my Dear Readers! Today is our very last RetroFriday! Although that's not as dramatic as it sounds - it's just because from next week I won't be posting on Fridays anymore, so if I decide to pull posts out of the archive they'll appear on a Tuesday or Thursday. But whatever! I thought I'd give us a proper send-off by resurrecting the most emo post I've ever written. And so I give you... 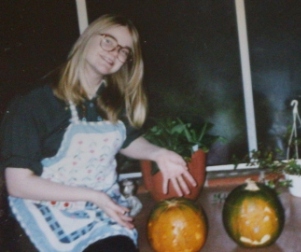 Hey you! Yes, you – the fourteen year old with the nail scissors! Put those down and pay attention. I’ve got something to say to you, something you need to hear. Listen up.

You’re in a pretty awful place right now. You’re in a place not many people get low enough to experience in their lives, and even fewer climb out of. This is probably the worst you’ve ever felt about yourself, and you’re thinking: can I go on like this? Do I even want to? Maybe there’s a way out…

No, don’t try and brush me off. I’m not going to be fooled by that big goofy grin or your hyperactive chatter. I know the truth. Those half-healed cuts and scratches on your arms and legs? The ‘accidental’ ones that you lie about so well, no one ever questions you? Yeah. I still have those scars, kiddo. So let’s not play games.

Today, on the way home from school, a group of about ten boys, ranging in age from twelve to sixteen, cornered you. They pushed you up against the wall of a building and spat on you. Spat in your face, in your hair, on your clothes. They laughed and taunted you while they did it. When you managed to get away and get home, you scrubbed yourself until your skin bled, washed your hair until handfuls started coming out. But no matter what you did, you couldn’t get clean. You feel like you’ll never be clean again.

And you and I both know that this isn’t the worst thing that’s ever happened to you. 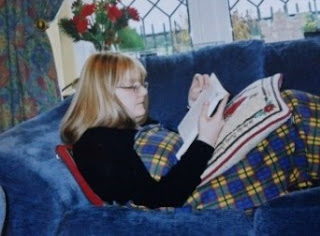 Every day since you were eleven, you’ve gotten up, eaten breakfast, left your house, and walked into a nightmare. You’ve been kicked, pinched, punched, tripped, pushed down stairs, been stabbed, had ink poured down your back, and on one memorable occasion, had eight separate pieces of chewing gum stuck in your hair. You’ve been shunned. Screamed at. Tortured in every way that a person can be, short of hot pokers and bamboo shoots under the nails. You’ve watched every person you ever called a friend scatter because just being close to you was too dangerous. You’ve seen teachers who pounce on improperly fastened school uniforms or kids holding hands brush off your suffering by telling you to ‘just ignore it’. You’ve lived through punishments on the occasions when you dared to fight back. You’ve even heard your own parents ask each other, when they thought you couldn’t hear: ‘Why does this keep happening to her? What is she doing wrong?’

That’s the question I’m here to answer for you, fourteen-year-old Zolah. Just what the Hell is wrong with you? 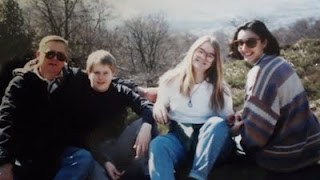 Not a single, solitary fucking thing.

Shut up. Don’t start arguing with me. Don’t start crying. You’ve never let them see you cry, and now is not the time to start.

This isn’t your fault. You didn’t do anything to deserve this. There’s nothing missing inside you, no essential flaw, no reason at all why 50% of the kids at your school take pleasure in tormenting you, or why none of the adults in your life seem to be able to help you. THERE IS NOTHING WRONG WITH YOU.

There’s some stuff right with you, though. Some stuff you’ve never realised because you’re too lonely and depressed and emo to realise it. Let me spell it out.

You’re brave. You’re incredibly, stunningly, wonderfully brave. You don’t know this. In fact, you think you’re a coward, that if you were just brave enough you could get people to leave you alone. But the truth is that the courage it takes to keep walking into that school, day after day, to keep putting your hand up in class, to keep studying and doing your homework, to keep reading your books and talking exactly how you want to talk? Is possibly the greatest courage in the world. I’m awed by that courage. One day you’re going to be awed by it too.

You’re also compassionate. Don’t ask me why that matters. I know it’s not a virtue anyone gives a crap about in your life right now, but one day your kindness is going to make you real friends. Friends who will do anything for you, friends who’ll stick with you no matter what, who would never abandon you and take cover. Friends who’ll make your life worth living.

And you’re clever – and it’s not anything to be ashamed of. You sometimes wonder if it wouldn’t be better if you were like everyone else, if you thought books were stupid, if you didn’t want to learn. But you’re dead wrong. Your intelligence is a gift, an amazing gift. Stop cursing it.

So here’s the deal. I’m not going to lie. Things aren’t going to look up straight away. In fact, you’ve got some bad stuff to come. Really bad. But you are going to survive it. And in the not-too-distant future, good things are going to start happening, things which will make up for everything you’ve gone through so far. I promise. YOU will make those things happen. The very traits the other kids hate about you, the bravery, compassion and intelligence that they try to beat out of you, will allow you to follow and find your dreams.

**This is a guest post that was written for the wonderful site Dear Teen Me. Check it out to read hilarious and inspiring letters from authors all over the world to their teen selves**
Posted by Zoë Marriott at 00:19

Wow that's all I can say really, I was bullied when I was younger although nothing as bad as some of the stories I have heard.

I can never understand why teachers say bullying isn't tolorated and yet it goes on right under their noses every day without them noticed.

I would love to see bullying stopped completely but I doubt it will happen.

Nattasha: I think the problem is that a lot of people, deep down, don't believe it's really a problem. That it's only natural or it builds character or that it IS impossible to stop. Or that it's only 'serious' if it crosses a certain line or involves a certain kind of student. So they close their eyes and ears to it, and by doing so implicitly sanction it. I'm always stunned at the way so many people are willing to do this, so long as problems don't directly affect *them*. How can they look at themselves in the mirror?

I've heard that so many times, that its only natural, everyone gets picked on and they are just jealous (my personal favourite excuse).

Its horrible the way bullying is just written off without thought for the victims whose lives become a living hell.

Zoe, this post had me in tears. Thank you for sharing it.

This actually made me cry. It's got to be one of the most inspiring things I have ever read.

I can empathize with you here, since I was also bullied at school. Mostly because I suffer from Trichotillomania. But what you said here is totally right. You can survive, and one day things get better! (although I still have to look in the mirror and tell myself that on occasion.)

I agree with you too, Nattasha. The teachers at my school always seemed to have an excuse to ignore bullying or do little about it, or simply refused to believe that certain pupils were capable of being so spiteful because all they ever say was the good side. It's appaling.

Bullies act like it's just a joke because they think they're 'cool' and can get away with it. It makes me sick to think about. How can they think that making someone's life a living hell is fun? I simply cannot, and doubt I ever will, understand the mentality of someone who wants to upset any living thing for such petty reasons.

Amy: Everyone's having a teary Friday! I'm glad that I decided to make this the last RetroFriday post.

Zoe that was really moving. It just shows that those who go through bullying, come out stronger in the end. Thank you for sharing it with us.

This is such a moving and inspirational post! I've read it many times and I'm glad you decided to re-post it.

I read this one on the dear teen me site when you posted it but I thought I'd comment again use reminding you that I think you are an awesome, amazingly strong person! *hugs*

Isabel: Thank you. It's amazing to think that something I wrote about myself hits such a deep chord. *Hugs*

Wow, just amazing. That had me punching my fist in the air at the end it was so good.
All I can say is that I feel so proud that you were so brave and strong to keep fighting and make it to where you are today.
Inspiration for people everywhere <3

Amie: Thanks :) I look back at myself and honestly, I wonder who that person was - I can't imagine finding the strength to put up with that kind of treatment now.