The Name of the Blade Trilogy

THE NAME OF THE BLADE is an urban fantasy trilogy with diverse cast of characters, set in contemporary London, and inspired by Japanese mythology.

As of now the whole trilogy - THE NIGHT ITSELF, DARKNESS HIDDEN, and FRAIL HUMAN HEART - are available from Walker Books in the UK. Candlewick Press has released the first book in the US under the title THE NAME OF THE BLADE and DARKNESS HIDDEN will release there in November 2015.

What's it all about? 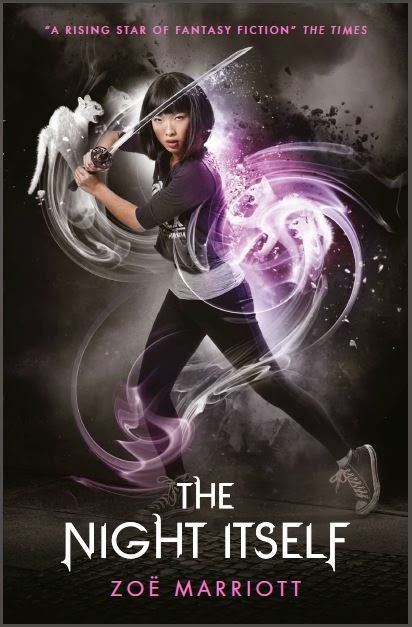 "A breathtaking new urban fantasy trilogy from the critically acclaimed, award winning author of The Swan Kingdom and Shadows on the Moon.

When fifteen year old Mio Yamato furtively sneaks the katana - an ancestral Japanese sword - out of its hiding place in her parent's attic to help liven up her Christmas party costume, she has no idea of the darkness she is about to unleash on modern day London, or the family secrets that she is going to uncover.

The paralysing paranoia that descends on her before she gets to her friend's party is her first clue. The vivid and terrifying visions that nearly get her killed are a pretty good warning too.

The giant nine-tailed cat demon that comes after the sword and tries to rip her throat out? Overkill.

Seconds away from becoming kitty-food, Mio is saved by Shinobu, a mysterious warrior boy. But it's already too late. Mio has ruptured the veil between the mortal realm and the Underworld, and now the gods and monsters of ancient Japan stalk the streets of London, searching for her and the sword.

With the help of her best friend Jack, a fox spirit named Hikaru - and the devoted protection of the betwitchingly familiar Shinobu - Mio attempts to discover the true nature of the sword and its connection to the Yamato family. Because if she doesn't learn how to control the katana's incredible powers, she's in danger of being overwhelmed by them. And if she can't keep the sword safe from the terrible creatures who want it for their own, she'll lose not only her own life... but the love of a lifetime."

The Name of the Blade Book #1: The Night Itself was the number one selection on the Bliss Summer Reading Book Chart, reached number 45 on the Waterstone's Not Just For Teens Bestselling List, and was a Times Children's Book of the Week (10/08/2013). The Times reviewer Amanda Craig said the book was "Cool, fast-paced and fun,", "A katana-cut above the rest," and stated "Zoë Marriott [is] a rising star of fantasy fiction." Book Trust selected it for their August Books We Like list, and the Book Despository featured it as an Editor's Top Pick for YA, as well as one of their Best Children's and YA Books of 2013. 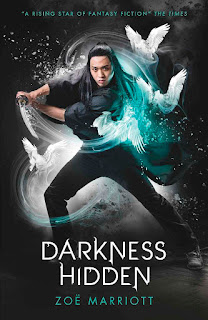 THE NAME OF THE BLADE trilogy was partly inspired by my love of Japanese myth and folklore, partly by the Robert Graves poem 'The Bedpost' (about the spirit of an ancient warrior trapped in, of all things, the wooden post of a young girl's bed) and partly because I desperately wanted to see some action-packed, funny, diverse urban fantasy of the type I love which was set in MY country and MY time period.

I've read a lot of paranormal romance and urban fantasy over the past few years. I think we all have - these genres have exploded and are the most common offerings in the local bookshop, library and online. I've read stuff that set me on fire and kept me turning pages until 3am just to find out what happened next. I've read stuff that literally made me throw things across the room in disappointment and frustration. 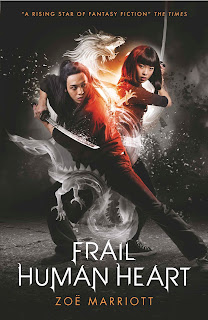 And - in common with the rest of the YA reading world - I've developed a list of certain tropes and ideas that I feel have either been over-used or under-exploited, or which have unfairly gotten a bad name because they just haven't been used *properly*. So when I had my idea for an epic urban fantasy, set in London, drawing on Japanese folklore and mythology I decided... heck, why not make the whole thing even MORE of a challenge? Why not tackle a bunch of those over-used tropes and subvert the bejebus out of them? Why not grab a bagful of under-exploited ideas and exploit them until they squeak?

This series is crammed with every scrap of sick, twisted humour I have. It takes a varied selection of urban fantasy and paranormal romance stereotypes, leads them gently out the back door, and blows their head off with a shotgun. It has love at first sight, smoking hot Samurai boys with swords, flirty fox spirits, kick-ass Goth girls, The End Of The World As We Know It (not the song) insane gods, horrifying monsters, and a heroine who will hopefully steal your heart as much as she has mine.