BUILD YOUR VERY OWN CHARACTER 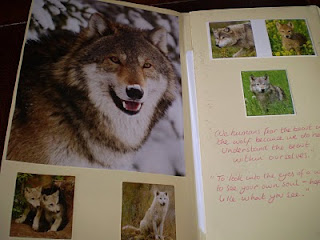 Today, by popular request, I'm going to show you the stages I go through to get to know a character. I - like many writers - sometimes have this weird feeling that all my characters actually already exist out there in some alternate dimension, and that I'm not so much inventing them as, through the process of writing about them, gradually tuning in my aerial until I can see/hear clearly who they already are. And if anyone here is secretly thinking 'Is this the B*tsh*t Crazy Lady thing she was on about before?' - I'm aware that not all writers feel this way. Just take whatever you find useful from my process (and also, Ursula Le Guin and Robin McKinley agree with me, so nyer!).

The problem with the gradual tuning method is that you often get nearly halfway through your book before you really feel that you're inside the character's skin. That can lead to stress early on - getting blocked because things don't feel right but you're not sure why, writing a lot of 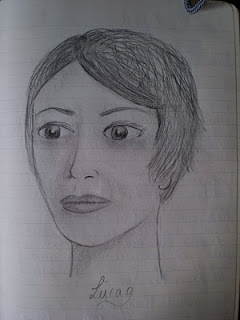 words that later have to be deleted because you realise your character would never do that. So it's best to try and get to know your imaginary people as well as you can before you actually start writing.

I don't make character collages - writing High Fantasy, I find it difficult to gather images that seem right - but I do like to sketch my characters. And I enjoy filling my notebooks with clippings and cuttings of images that evoke their thoughts or who they are inside. Anything you can do to make yourself feel close to a character is good. Below is my own checklist.

1. What are they like physically, and how does this affect them?

I've seen character surveys on the internet where they basically expect you to list every freckle on a character's back, and some people find it useful to be specific about this. I don't go that far myself, but I do like to have a think about the way a character is percieved by others and by themselves. Often physical details will be the first thing you describe to your reader about a character, so you need to be aware of: Quite often your first thoughts about a character's physicality will unconsciously lead you to create a cast of characters who are very like you, or who resemble the characters you have read about and seen on TV and in films. Many writers never question this, which is why, especially in Fantasy and SF, the majority of characters are white, subscribe to traditional gender roles, and don't suffer with any significant disability or disfigurement. When you realise this, you might feel tempted to add token characters, like a fiesty black or gay 'best friend', whose background and experiences don't really impact the story of the main character that much. But if you open your mind to the stories of people from different ethnicities, cultures and life experiences than you, and you'll write richer, truer and more interesting stories. 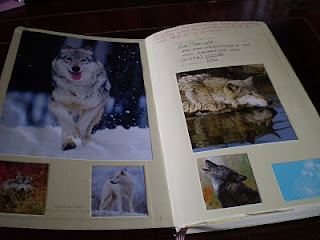 At the basic level these are usually the second details that will come out about a character:
But of course, who they are is more than these details. Are they impulsive or cautious? Loud or quiet? Vibrant and well-liked or introverted and a little lonely? Kind? Sadistic? Misunderstood? These details aren't as easily established in a book, even once you yourself are sure who the character is. Characters display these traits through their actions and dialogue. You can establish who a character is with a big splashy display on their first appearance, but this can also work against you - if they make a big impression of being a jerk you'll need to work overtime to change readers (as well as the other characters) minds.

People don't always act according to their natural inclinations. A kind, loving girl could become hardened and ruthless in her quest for revenge - but she will still chose to go about that quest in a different way than a naturally sadistic person. A naturally quiet person may force themselves to act outgoing to hide their vulnerabilities. Again, over the course of a book, it's your job to show readers who the character REALLY is, not just who they seem to be.

This is where we start getting down to the real crux of a character, the stuff that will affect the 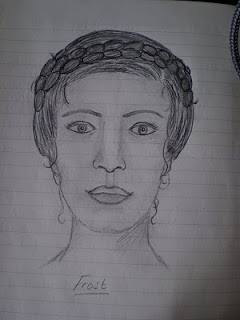 course of the story the most. Your first instinct here might be to state what they want materially. For example, in The Swan Kingdom, you might say 'Alexandra wants her brothers back and to save her Kingdom from her stepmother'. But that's only the most obvious answer, and if you stick to that, you will find it hard to get to know your character really well.

Ask yourself: WHY does my character want this, this particular thing, more than anything else? Why is Alexandra so desperate to find and save her brothers, even if it means horrible pain and sacrifice? That's an easy question - because she loves them and misses them. But why is she so determined to save a Kingdom that was never really hers, even if it means facing her most deadly enemy? Why doesn't she, like the heroine in the original fairytale, leave her past and her father's land behind and dedicate herself only to freeing her brothers? There are a million possibilities as to what desires and instincts might drive your character to make the choices they do, to have the priorities they do. Go deeper. Figure out what drives your character at the core.

For Alexandra, WHO SHE IS - her deep loyalty to her family and her sense of responsibility - drive her on her quest. But underlying those traits is a deeper need: a need to get back what was taken from her. What Alexandra wants more than anything is to go home again. Alexandra wants this enough that she is willing to risk anything to accomplish it, despite her general lack of confidence and the fact that she isn't sure she can ever defeat the evil Zella.

Find out what your character truly wants, deep down, more than anything, and you're well on the way to knowing them.

4. How do they go about getting what they want?
This intersects with all the traits and characteristics you've already laid down - but it takes them further. 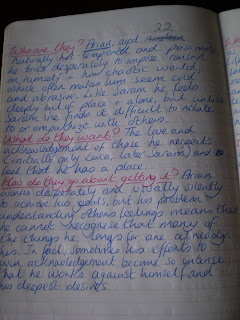 Remember, we're talking about what the characters want deep down at the well of their soul. Now, for some people, they might go about getting a takeaway chicken sandwich in exactly the same way as they go about getting their heart's desire. For others though, when faced with achieving or losing something important, they sometimes start to act in ways which go against their normal behaviour and even against their own best interests. A person who has always seemed easy-going and even a little weak might display an unexpected backbone of steel when faced with losing someone they love. This could be great - or the new stubbornness could endanger their beloved. A cool, calm and collected person could completely go to pieces when she thinks she might be publically humilated. This could cause the character threatening her to rejoice - or feel unexpected pity. Thus, the course of the story would be changed.

Both these reactions would be linked not only to the character's deepest desire - WHAT THEY WANT - but also to their surface traits - WHAT ARE THEY LIKE PHYSICALLY - and their life experiences, instincts, and deepest characteristics - WHO THEY ARE.

How a character goes about getting what they deeply and desperately desire tells the reader - and you - everything about them. If you know that your character is a person with no confidence, who is normally crippled by self-doubt and fear, who is young and not physically very strong but who does have excellent healing skills and wildcraft, and that they will do anything to get home again, working towards that goal with utter dedication and disregard for their own well-being...you suddenly know everything you need to know to tell their story. Plot becomes character, the events of your story revealing new layers to the character with each twist and turn of the story.

And that is how I go about building characters. I ask myself:

At the end of that process I still may not know everything is there is know about the character. For example, lately I realised that a character of mind was a complete neat freak - but this didn't come out of the blue. It came from knowing about how his physical appearance affected his childhood, which formed who he is, what he wants and how he goes about getting it. It's amazing how often 'inspiration' is exactly the same thing as 'working really hard'!

How do you guys go about building characters?

I always have people in my head, so my character-building method owes a lot to that. Often what happens is I'll say, "Okay, I need *this* kind of person in this role," and maybe add a few appropriate traits... after which he or she takes up residence in my head, quietly becoming more and more real and familiar. The longer I've had a character around, the better I tend to know them.

That's true - probably what I didn't convey as well as I meant to, is that I'm not *inventing* the answers to these questions as much as asking the characters the questions and waiting for their answers to trickle through into my brain. Not that there aren't characters who just arrive in my head fully formed, no questions asked.

I'm not sure I've ever had a character present themselves suddenly like that. I wish I had - it sounds fun!

By the way, I love your character portraits! I tend to avoid drawing characters, because I'm afraid the picture won't live up to the image in my head. Maybe I should try it more often.

Oh, it is - but the problem with characters like that is they tend to be so powerful that they start to take the story. If they're a main character suddenly your story is out of control. If secondary, you find your main characters getting elbowed out of the way while the new one steals the story. Hmmm. Maybe I should do a post about that?

Thank you. I'm not a great artist - usually I draw a character and then end up coming back to the sketch again and again, fiddling with it to make it 'right'.