THE NIGHT ITSELF SNIPPET

Hello my lovelies! I hope you are all having a delightful, or at least survivable, week so far. Today I realised that we passed an important threshold without realising it. Last Tuesday it was officially ONE HUNDRED days until the release of The Night Itself! No, really! Which means that today it's only NINETY-ONE days, which sounds far less impressive and important. So I decided to belatedly commemorate this important date by teasing you with a new snippet of The Night Itself. Are you up for that? Sorry, I can't quite hear...? Oh, all right then, there's no need to shout.

A vast space lay before us. I couldn’t even see the walls. Maybe there weren’t any. The only visible boundary was a circle of green-gold tree trunks, each of them wider than any tree I had ever seen in my life. If Jack, Hikaru, Shinobu and I had all joined hands, I doubted that we would have been able to encircle even the thinnest one. The trees curved outwards like ribs, their branches meeting at least fifty feet overhead in a lush, silver-leafed ceiling, utterly still.

I could see lights glinting between the leaves, and for a moment I thought they were stars. But they were moving. Fox lights, clouds and clouds of them, danced among the trees. The ground at the base of the trees sloped into a steep bowl shape, its sides terraced into broad steps, with a low, round hill at the very bottom, acting as a centre point. It reminded me of an amphitheatre. Everywhere – on the hill, on the terraced sides of the bowl and along the top, among the trees – there were foxes.

Foxes with multiple tails. Foxes as tiny as house cats. Foxes as big as wolves. White foxes, black foxes, grey foxes, red foxes. Foxes with giant, tufted ears, foxes with narrow, cruel-looking muzzles that reminded me of dingoes. There must have been a thousand Kitsune here, so many that even this giant place felt crammed. And every one of them was staring at us. Their whispers echoed through the space under the trees like the sound of the tide rushing in.

Oh! Something else exciting to tell you about! I've just become part of a new group blog called Author Allsorts, which aims to showcase the talents of a variety of British children's authors, from those who create picturebooks to those who write YA novels. There are some amazing people involved, most especially the founding members Emma Pass and Kate Ormand, who organised everything and got all the rest of us involved. Whenever I blog on Author Allsorts I'll post a link here too so that you can get your usual helping of Zolah goodness, just in a different location. 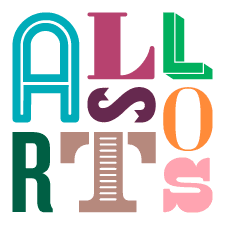 And that's about it for today, except to say thank you so very much (if you're around today) to the readers who've sent me such lovely emails and comments over the last week or so. I don't know if there's something in the water, but boy, it's been nice!
Posted by Zoë Marriott at 13:17

Email ThisBlogThis!Share to TwitterShare to FacebookShare to Pinterest
Labels: Good News, Teasers, The Name of the Blade, The Night Itself

W.O.W love the snippet! I'll be counting down the days...

Isabel: Thanks. I'm starting to get the butterflies now - it's been a long time waiting. Eeep.

Jesse: I've been counting down since I wrote it, which was much longer than 91 days, let me tell you.